Here are some Nikon D3 Full Quality JPEG Samples.
Posted by Paul T. at 10:27 PM 1 comment: Links to this post

Nikon Today announced a slew of new products. The largest product release I have ever witnessed from this company. In a lot of ways it was a revolutionary release, not just for Nikon, but for the photography community as a whole. Personally I didn't like everything I saw, but that's a personal bias. 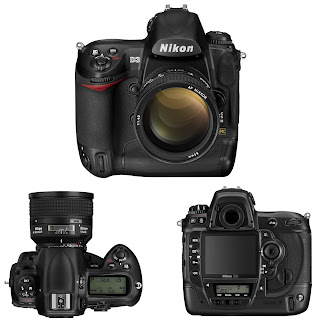 First and foremost, Nikons new Flagship D3 (to Nikon Imaging for specs). This camera is more than I could hope for from Nikon. While Canon has their brand new 1Ds Mk.III and 1D Mk.III, this Nikon is somewhere in between. Instead of trying to compete with either of these cameras, Nikon has created something sort of in between, but different and at a very competitive price.

Nikons apparent strategy for this camera was not quantity but quality. I'm talking about the resolution of the camera. Now this is yet to be seen, but I gather pixel for pixel, this 12MP sensor will produce stunning images. Not only that, but with a base ISO of 200 and selectable ISO to 6400 with boost to 25600 (crazy), it will be incredibly light sensitive.

Unlike Nikons previous offerings, this one does not have specific variants for sports and "other" like the D2h and D2x did. This camera is both 12MP and capable of 11FPS. Sports shooter may lament the full frame sensor for their applications, with the D3 only having 5MP in DX Cropped mode, but for them, Nikon released the D300. 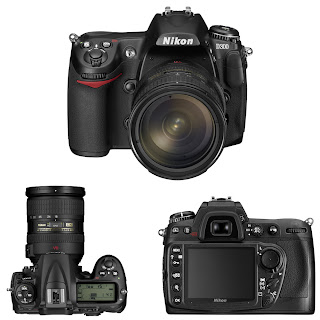 Now, I was totally not expecting this, I predicted a revision, not a new camera. Though the D300 looks a lot like the D200, on paper, it outspecs the D2xs and the D2hs in a lot, if not all ways. The D300 shares a lot of the same specs as the D3 above except for it's DX Size sensor and lower FPS. This has just become the best camera (again, on paper) in the mid level market. A camera at this price, with these features is simply amazing. It really is the D2xs in a smaller body. Even the 100% frame coverage is there.

Nikon took every aspect of the D200 and made it better. It doesn't look like they left a feature untouched. Hell, they even fixed the stupid terminal caps! Now, would I go out and replace my D200 with this? No. I'm not getting a new DSLR for myself unless it's full frame. But anyone looking in the market now, Nikon has really differentiated themselves. Lets just hope that at hte DX sensor size at the same resolution as the D3, the camera can maintain the low noise needed to produce good images in it's ISO range.

Now whats a couple of new pro bodies without a wack of new lenses? 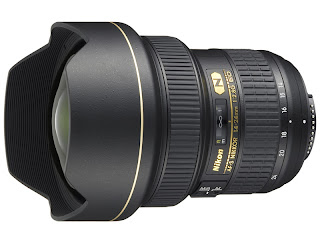 This lens is both just what I wanted, and not a lens I will ever get all at the same time. Nikon is continuing it's trend of breaking backwards compatibility. There is no reason to make this lens a G type lens with no aperture ring other than to break backwards compatibility and lower price. The latter of which is of course a serious consideration in todays marketplace. I understand that not everyone is as crazy as me and still shoots with a fully mechanical film camera. When I first heard about this lens I didn't beleive it. A lens like this would have to be huge. And well, it is. Or more specifically, damn heavy at 1kg. The 14mm f/2.8D which it effectively replaces was already 670g. I own the excellent 17-35mm f/2.8D. This lens, on a FF sensor seems to be much better suited for general photography. That and I can use it on my FM3a :) The only thing is, that the 17-35mm is not the sharpest lens wide open. If they have fixed this in this new lens, which I doubt, then it will be worth it. 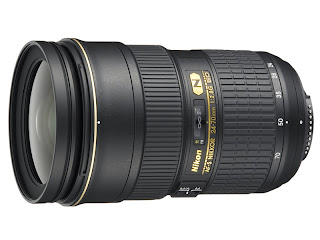 This lens would make a lot more sense if it had VR. Otherwise, other than 4mm at the wide end and about 30g of weight savings, it offers no advantage over the 28-70mm f/2.8D it replaces. Again, on paper. The new N type coating and it's performance wide open may prove me wrong. We'll have to wait and see.

These lenses were long overdue for a VR Update, and they got it. Not for me, or my style of shooting, but I'm sure they'll make many people very happy.

Well folks, there you have it. A very big day. 2 new amazing bodies, and 5 new pro lenses. Now if only Nikon would realize that there are still people on this world who like general purpose prime lenses. (hey, gotta find something to complain about :)
Posted by Paul T. at 10:21 PM 5 comments: Links to this post

Sadly this means the end of Nikons LBCAST technology if true.
Posted by Paul T. at 3:21 PM No comments: Links to this post

I'm hoping Nikon steps up as they are rumoured to otherwise this will be the end of the pro market for Nikon.
Posted by Paul T. at 5:08 PM No comments: Links to this post This is of course a great summer lens. The majority of the subject matter is the type of things you'd want to take in the summer. It's also the type of lens that you only take out for that purpose. it's not a lens that you can just throw in your bag and take anywhere. You don't want to lug this thing around and you will stick out wherever you take it out. Summer to me is more about chillin and walking places. Less planning and more doing. This is not a lens I use a lot, but when I need it it's a lens I couldn't imagine being left without. However, as yet another Summer approaches it's end, so does the time of this lens. Now I'm not saying that I won't use this lens after summer, but you get the idea. I'm always sad at the end of summer. Maybe because I take part time courses in the fall/winter and have no life during those times. Here are more shots taken with this lens.
Posted by Paul T. at 11:28 AM 1 comment: Links to this post