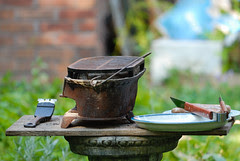 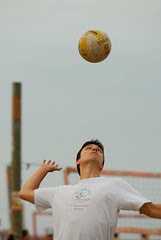 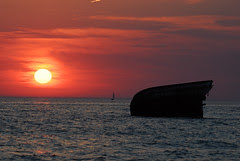 This is of course a great summer lens. The majority of the subject matter is the type of things you'd want to take in the summer. It's also the type of lens that you only take out for that purpose. it's not a lens that you can just throw in your bag and take anywhere. You don't want to lug this thing around and you will stick out wherever you take it out. Summer to me is more about chillin and walking places. Less planning and more doing. This is not a lens I use a lot, but when I need it it's a lens I couldn't imagine being left without. However, as yet another Summer approaches it's end, so does the time of this lens. Now I'm not saying that I won't use this lens after summer, but you get the idea. I'm always sad at the end of summer. Maybe because I take part time courses in the fall/winter and have no life during those times. Here are more shots taken with this lens.
Posted by Paul T. at 11:28 AM

The 80-200 AFS may be the connoisseurs choice...
It has speedy AF tracking, good optics and bokeh - although it's fairly bulky to the touch and the tripod mount needed (and was) improvement.
The 70-200vr is awesome but I have heard complaints regarding AF tracking speed with vr engaged.
Bjorn Rorslet (www.naturfotograf.com/lens_zoom.html) rates the bokeh highly. Me, I just use it and wonder!
Parting with the 80-200 AFS was tough... (choke!:)