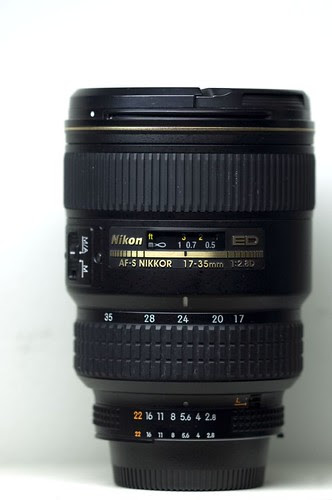 I got this lens originally used on eBay from a local seller. It was in new condition. Hardly a sign of use other than some dust on the outside and some marks on the lens cap. That sample was stolen and I have since gotten a brand new one to replace the used one I had.

This lens has amazingly fast Auto Focus. AF-S doesn't always mean fast focusing, but in this case it does. The angle of view is great for general photography on my D70. Here are some photos I have taken with my 17-35mm. 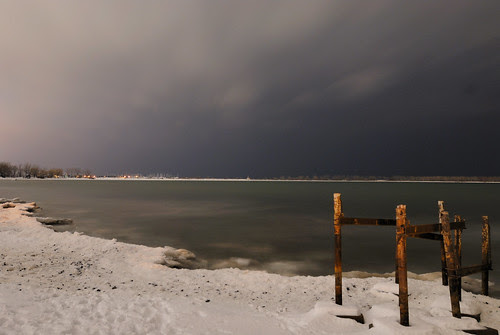 I can't really comment on the sharpness because I don't usually worry about it. From what I have seen though this is one of the sharpest lenses I have ever used.

The feel of this lens is second to none. It's exactly what I would expect from a "pro" Nikon lens. It also has the heft of a pro lens. It's a bit annoying to carry around but I find it worth the results. Even the numbers are etched and painted not just "printed" on. My only complaint is the action of the zoom ring. It has a bit more friction than I would like, but I’m really just complaining here. 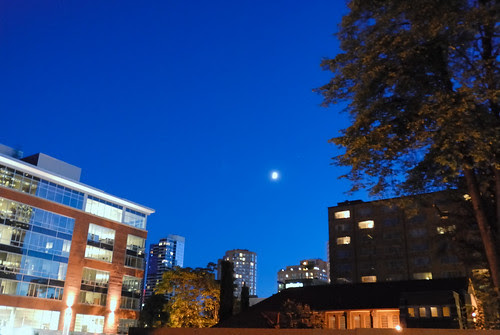 The main reason I got this lens was for its constant f/2.8 aperture. It allows me to shoot in more places than I was able to before. The only thing that would make this lens better is if it was f2 or even f1.8 :) It also offers a very close focusing distance. Just under 1' or 0.28m from the film plane. The official magnification ratio is 1:4. The wide angle and close focusing distance can make for some interesting shots. 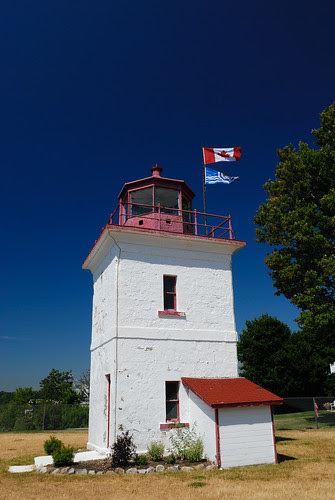 This has quickly become the main lens on my camera. The one that's usually on and the one I enjoy photography with the most. For anybody who is looking at getting a new 17-55mm f/2.8D for the DX body or are looking at the 14-24mm f/2.8D for their FX body but doesn't want to blow that much cash get one of these used on eBay.
I also shoot film, both on my trusty F601 and my favorite camera, the FM3a. I thought this lens was nice on Digital, wow. On film it's amazing. No wonder this lens used to get such high praise. It's sharp, fast and the FOV on film/FX is amazing (bigger and brighter than the 12-24dx on digital). 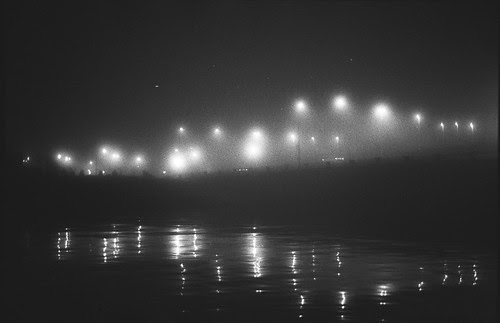 There has been a lot of talk about the images produced by this lens vs. the new 14-24mm f/2.8G. I have seen the comparisons and I agree the new lens is better in some ways from a purely IQ perspective. However, in my opinion, this lens still performs very well. Not only that but I find the 17-35mm range much better on Full Frame (FX) than the 14-24mm range. That and I'm still a Luddite and prefer the AI ring over the command dial. Backwards compatibility with my FM3a doesn't hurt either. Nor does the acceptance of front mounted filters. I got a chance to analyze a friends detailed side by side comparison of the 17-35mm to the 14-24mm done on a D3 tripod mounted over a full range of stops and focal lengths. . The 17-35mm had less distortion and better edge to edge sharpness than the 14-24mm. Granted at 17mm f/2.8 the 14-24mm had better edge sharpness, but not by much. That and the 17-35mms sharpness improved much quicker than the 14-24mms. I guess it could be argued that you can shoot the 14-24mm at 14mm f/2.8 and then crop to get the same FOV sharper. Contrast and colour rendition went to the 14-24mm. I'm convinced more than ever that the 17-35mm is the lens for me. Yes, the 14-24mm is better in some ways, but the 17-35mm is better in others. 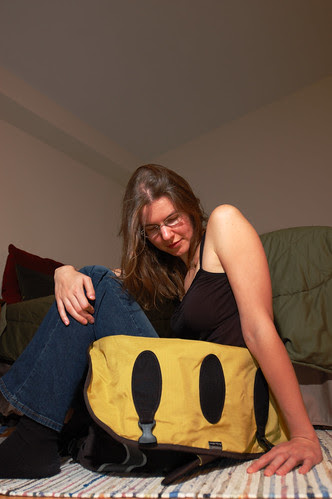 Overall I would say that the 17-35mm is one of Nikons best lenses. I’m assuming once their stock runs out, they will mark this lens discontinued. Still, it’s worth a look weather you are shooting DX, FX or film.
Posted by Paul T. at 9:25 PM